While the job responsibilities of both positions are relatively similar, they often have slight nuances. In this post, we'll explain the differences between a data scientist and a data analyst.

We'll also discuss any overlaps or benefits of the two positions. We'll help you determine whether you should pursue a data science career as a data scientist or data analyst, and help you learn what these roles entail.

What is a Data Scientist?

If you ever watched the TV show Star Trek, you might recall that the Enterprise's starship captain, Jean-Luc Picard, was renowned for his encyclopedic knowledge of many things, including history, languages, and technology.

On the show, Picard's knowledge served as a valuable resource in areas the crew was lacking, such as navigation, or in helping him understand the motivations of other cultures.

In the real world, it might be the same thing as data science, a discipline that seeks to utilize Big Data to inform decisions.

Data scientists are professionals who use data to answer questions and solve problems. They can use data science to create algorithms and insights to solve business challenges.

Data scientists are involved in many different roles. Some Data Scientists work on model development, while others focus on deployment and scaling. Another popular area of focus is data engineering.

Regardless of the specific role, they all have one thing in common: They use data to find solutions and make better decisions.

What is a Data Analyst?

A data analyst role may require working on projects for companies or non-profit organizations that require them to perform analysis of large sets of data and they spend most of their time analyzing data using different data visualization tools.

Data analysts typically work in teams with other types of data scientists such as software engineers to develop new software tools or models that can be used to analyze the data.

In some cases, data analysts may also be responsible for collecting and cleaning the raw data that they will use in their analyses.

Data analysts usually work regular hours outside of office hours and may work from home or office space if they choose to work independently rather than as part of a team.

Data Scientists and Data Analysts have different roles and responsibilities depending on their skills and the kind of company they are working at. The field of Data Science and machine learning is so vast that different tasks are to be performed by professionals.

Common ‘Data Scientist’ roles include but are not limited to

Through a combination of data mining techniques as well as the use of statistical and machine learning techniques for segmentation and prediction, Data Science Managers are responsible for driving the analytics roadmap and providing descriptive and predictive solutions to the marketing and product management team.

They work together with internal stakeholders and cross-functional teams to find solutions, improve operational effectiveness, and meet strict organizational standards. They oversee a group of data scientists and are crucial to making strategic choices.

Decision scientists combine the existing data with other sources and use it to analyze data. They make decisions based on these findings.

The Big Data Architects are responsible for the full life cycle of a Hadoop system. They do platform selection, requirement research, and technical architectural design.

Common ‘Data Analyst’ roles include but are not limited to

Statisticians generally spend most of their time analyzing data and interpreting the data. They do data visualization using various data visualization tools. They communicate to stakeholders and help in shaping the business strategy.

Database Administrators do database management. They develop and maintain the data collection systems. They also help in database design and development.

Data Analysts, unlike Data Scientists, spend most of their time identifying, analyzing, and interpreting the trends in the data sets. They address the business problem using the data insights they derive from the given data points.

These are some of the industry's roles and responsibilities performed by various Data Scientists and data analysts.

The skills and tools required to do these jobs vary. For example, Data Scientists must be well versed in machine learning algorithms and specific data science domains like Natural Language Processing(NLP), etc., to solve domain-specific problems. 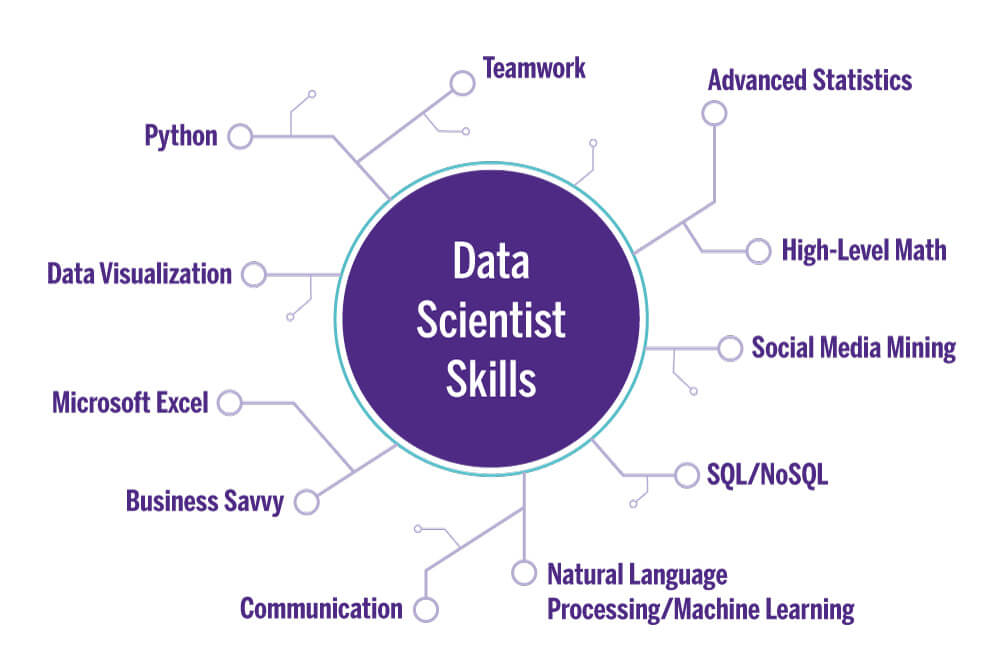 Data Scientists need to have machine learning skills to model the given data set correctly. They also need to have database query skills like SQL etc., to pull the data from the sources.

Data Scientists mainly use tools like open-source libraries, Cloud platforms like GCP, and AWS, to train their models. Most Data Scientists are well versed with mathematical concepts like calculus, linear algebra, probability, and statistics.

On the other hand, Data Analyst skills include knowledge of dashboarding and reporting tools like MS-Excel, Tableau, PowerBI, etc., to convey the insights from the dataset. To do data analysis with different data sets that comprise both structured and unstructured data, a data analyst needs to have good knowledge of Exploratory Data Analysis.

Exploratory Data Analysis (EDA) is a method for data analysis that employs visual methods. Using statistical summaries and graphical representations, it is used to identify trends, and patterns, or to test hypotheses.

A Data Analyst, unlike a Data Scientist, is well versed in basic probability and statistics. Data Analysts also have basic fluency in Python and R programming languages. Thus, a Data Analyst role requires individuals to be less robust in the domain of programming but well-versed in statistical and visualization tools. 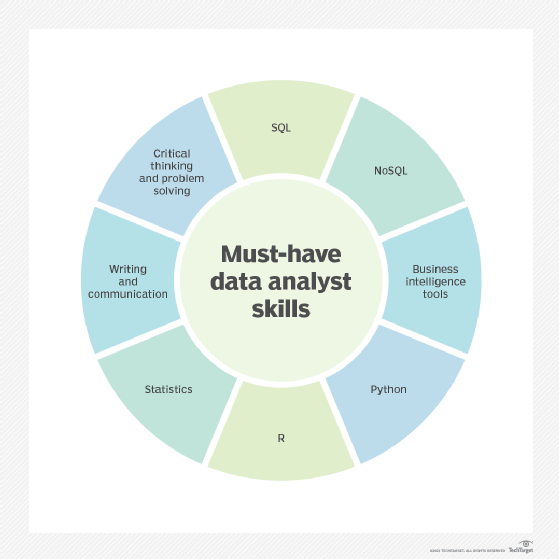 There is a huge gap in the salaries of the two job roles. This is mainly due to the skillsets that vary as per the job. A Data Scientist's job requires good objected oriented programming skills, model development, and advanced mathematical and statistical knowledge like calculus, linear algebra, probability, and statistics. Whereas, for a Data Analyst job one doesn’t need to have the kind of skills that a Data Scientist possesses.

With the increase in experience salary also increases for either Data Scientist or Data Analyst. Also, salary varies as per the size of the company and the industry that the company serves. As per the survey by O’Reilly, Data Science professionals in the computer industry are earning more salaries than in other industries.

The Covid-19 pandemic, which has expedited businesses' digital transformation across industries and nations, is a significant contributor to the increase in demand for Data Science professionals.

As a result, all businesses today have an online presence and require the assistance of a qualified data specialist who can assist them in storing and processing their data in order to make informed decisions.

With growth on pace, both data scientists and data analysts with the necessary skills and abilities can are expected to be netting six figures in the upcoming years. So we can’t really distinguish between a data scientist and a data analyst in terms of career prospects and career growth as both these jobs will be in demand.

Which is better: Data Scientist or Data Analyst?

Both Data Scientist and Data Analyst jobs are in demand. They have good career prospects. But one can’t do both jobs at the same time and one must choose a role. As we saw earlier in the above sections, the Data Scientist's job requires foundations in advanced mathematics like calculus, probability, and statistics.

So if you are good at math, and programming and have a deep interest in building machine learning models, then Data Scientist is better for you.

If you are more interested in numbers, visualizations, making dashboards with various tools like MS-Excel, Tableau, etc., and making a career in the analytics field,  then the Data Analyst role should be better.

Who gets paid more: Data Scientist or Data Analyst?

Due to the increased demand for qualified professionals, the salary seems to be going high. Nevertheless, Data Analyst salaries are also decent enough to be considered good.

Can a Data Analyst become a Data Scientist?

An advanced degree will always be a better option to improve technical skills like predictive analytics, and artificial intelligence.

Which is easier: Data Analyst or Data Scientist?

Data Scientist and Data Analyst are lucrative career options. Both are interesting and they require their own skill sets for the job. But they are subtle differences due to which the salary and career growth vary. The below table summarizes the difference between the two:

Read More from Strictly By The Numbers

By Strictly By The Numbers

Connect with Strictly By The Numbers

Stay updated with our latest trends

Characteristics of an Ideal ML Model: How to Choose & Why

What is the Manhattan Distance in Machine Learning?

At Strictly By The Numbers