Heaviest forwards in the NBA

A Forward is a bit of everything in today's NBA. To be successful he needs to dribble like a guard and post up like a center. If he can't switch in defense and space up the floor in offense, he probably will not make it in any team. 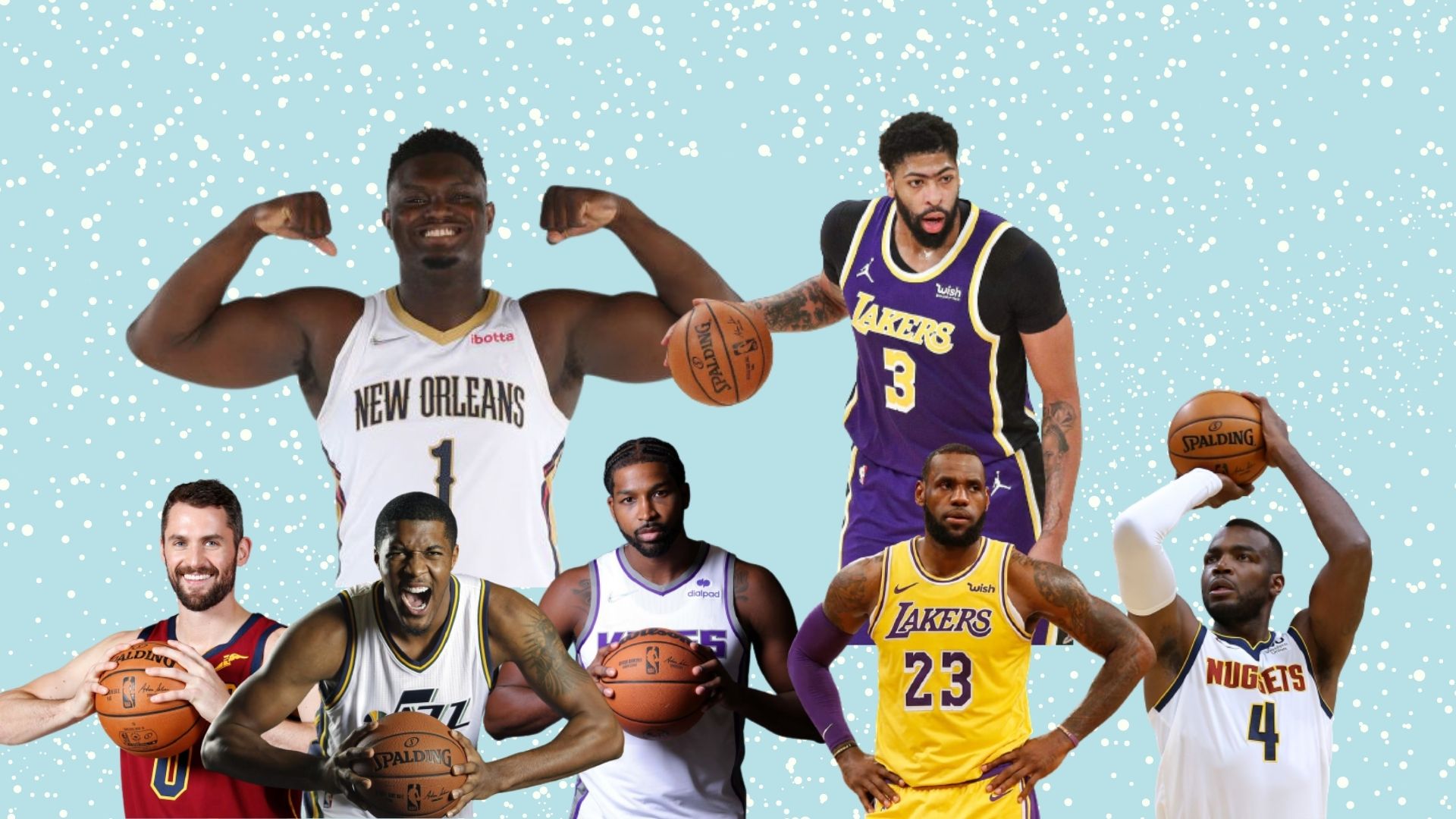 Can a forward be overweight and play at a high level?

This list of players proves that it is possible to play even if you are not a typical athletic freak. These forwards are something special because they are combining a unique skillset with a lot of basketball IQ.

Since his debut, Zion is proving that his weight is his biggest advantage. Everybody knows he will go left but nobody manages to stop him. He always finds a way to finish close to the rim.

Williamson managed to reach his 2000 point as a professional in only 20 years and after 79 games. Crazier is that his field goals percentage is 61.6!

The average of his points (25.7 PPG), when combined with this percentage, is something never seen throughout the history of the competition. Until now, no player had managed to score more than 15 points per game with such a percentage. It means that if Zion misses his next 200 shots he will still be above 50%

Utah's defense is great, but only because they have Rudy Gobert. Derrick Favors is also a big reason for it. His importance can't be measured only with stats because he is doing a lot of "dirty" jobs for the team.

The Nuggets are a good team because their personnel can adapt to any style of play . Millsap proves that every season. He is smart enough to understand his role and ready to make the most of it.

Paul was once part of the NBA All-defensive team, 3 times he was NBA player of the week, and once he was player of the month. He averages 9.0PPG, 4.7RPG, and 1.8APG

Like Zion, his weight helped him throughout his NBA career and that is mainly visible through his rebounding. Tristan is not the highest jumper but he knows how to position himself and use his big body.

In six seasons he is among the top 20 in total rebounds. Thompson is especially good in offense, he has collected 2284 offensive rebounds and he is 6th on the list among all active players. In his best NBA season (2015-2016) Tristan's offensive rating was 129.8, the best in the league.

Davis is an NBA champion, a player who can score in so many different ways but above all, he is a constant defensive authority. There is no forward who is so consistent like him and by far that is his biggest quality.

If we add to that Anthony is focused on helping his team win in whatever way we get the most complete NBA player.

His physical, technical, and positionless profile on the court make him the future of the game. Players who can be versatile on both sides of the floor will dominate the league in years to come and Anthony Davis will be the role model for a new generation.

Kevin Love is one of the best power forwards in the last decade. In July 2018, he signed a four-year, $120 million contract extension as one of the Cleveland Cavaliers star players.

In August 2014, Love was part of a three-way trade between the Minnesota Timberwolves, Philadelphia 76ers, and the Cavs. The Cleveland management had a clear goal and it was to build a team around LeBron James to seek the championship.

In his second season there, they were champions. Behind the King and Kyrie Irving, the power forward was the third scorer during the regular season with 16 points, 9.9 rebounds, and 2.4 assists.

But beyond all those achievements as a player, his biggest fight has been against his mind and he was the first NBA star to publicly talk about mental health.

Fans know everything about the King. He is one of the best players who ever played this game. But, what many people don't understand is that LeBron's weight is above average. His body structure is unique which was confirmed by doctors.

When he was 31, after medical testing, doctors found that LeBron had the body, the bones, and structure of a 19 years old kid.

Considering this information it is possible that the King will be an effective NBA player even in his 40s. Maybe LeBron James will be able to make more magic late in his career and finish it as a GOAT.

From the beginning of his NBA life, Gay was considered one of the most talented players in the league. It is true that he never reached his full potential, partly because of the injuries.

Like the one, he had back in 2017 when Rudy suffered a serious Achilles tendon injury, causing him to leave the season immediately to undergo surgery that is not easy for anyone to overcome.

Another part of the story is that Gay had conflicts with several coaches during his career. Some described him as a person who likes to make tension in the locker room and create negative energy in the team.

Blake Griffin's professional career is reaching an unexpected finale if we travel back in time to 2008. A star at the University of Oklahoma, many predicted him to be number one in his class of 2009. In that draft, Blake was ahead of James Harden and Stephen Curry!

The fact is that Blake Griffin has not been the luckiest guy in the league. He missed his first year because of a knee injury but managed to come back and play a great rookie season. Instead of becoming an NBA superstar after that, unfortunately new injuries occured and affected his NBA career.

In his first year, 0.1% of his shots were behind the 3 point line and now it’s 59.4%. Which means that the king of the dunks is now shooting more for 3 than for 2 points.

The forward who played for the Pelicans and Lakers is averaging 24.1 points, 10.2 rebounds, and 6.0 assists in 37.6 minutes on the court this season. At the same time, he was an NBA All-Star, for the first time in his career.

His team qualified for the playoffs after finishing fourth in the East with a balance of 41 wins and 31 losses, and the main reason for the New York success was Randle's phenomenal year.

The Knicks future looks bright with him because nobody is more motivated to win than Randle. NBA’s most improved player award proves that better than anything else