Heaviest centers in the NBA

While modern basketball is all about the small ball and while analytics are showing that post game is not as efficient as a 3 point shot, some heavy bigs are still surviving in the league. They are like Shaquille O'Neal of the new age NBA, dinosaurs that have somehow managed to adapt and contribute to their team's success. 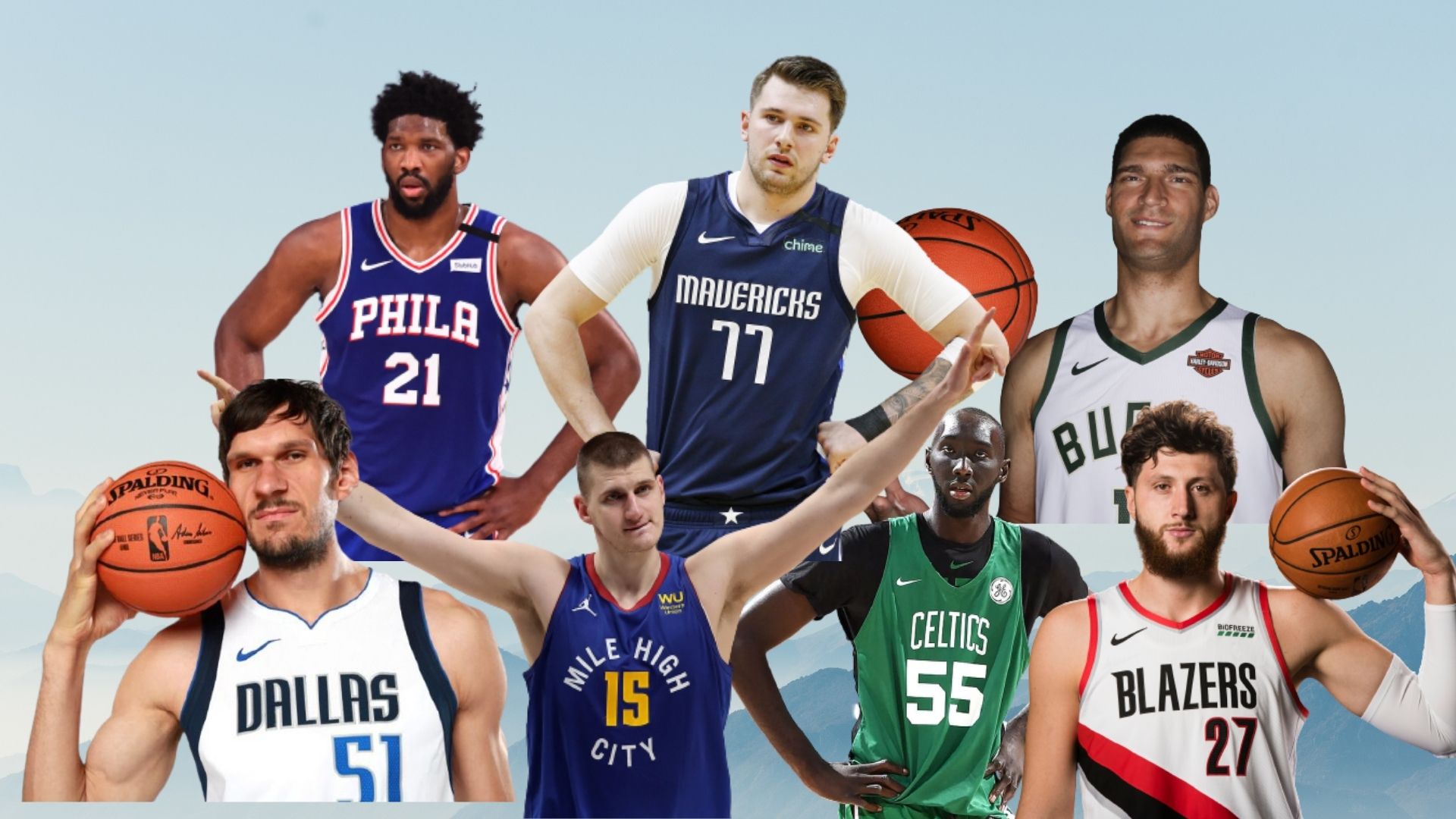 Bulky players have always been an important part of the game and that will never change. Yes, some teams will play without them but others will keep finding ways to utilize them and score easy baskets under the rim.

Let's take a look at our list to understand why these big bodies are so good.

Who said big guys can't be MVP? The kid from Serbia is the first big man to win the MVP award since Tim Duncan in 2003.

What's even more impressive is he's the first player to earn the honor as a member of the Denver Nuggets and the lowest-drafted player to be named MVP.

Drafted #41 in the 2014 draft because of his fat and nonathletic body, Nikola Jokic had a lot to overcome.

He started  playing when he was 17, and he had awful habits like eating junk food and playing video games all day. Jokic admitted that he was sleeping during the draft night and that he was surprised in the morning to read that Denver drafted him. After his rookie season, Nikola was thinking about quitting basketball because he didn't like the pressure of being an NBA player.

Joker is the first player in NBA history to lead his team in points, rebounds, and assists for 4 straight years. Only 2 players before Jokic (Oscar Robertson and Russell Westbrook) averaged more than 25 points, 10 rebounds, and 8 assists for a season. He is the best passer among bigs in history, in April he passed Wilt Chamberlain with 81st game with 10 or more assists.

Joel Embiid is in his fourth season in the NBA. This season he played great and helped Philadelphia to be the best team in the East. His numbers speak for themselves: 28.5 points, 10.6 rebounds.

Embiid had a lot of injury problems but there is no mistake he was also a strong MVP candidate. With him, the 76ers won 39 games and lost 13 (75%). Without him, they fell to 10-11, and that alone speaks how valuable he is for the 76ers.

Doc Rivers has managed to get the most out of the African giant and that is obvious in Philadelphia’s defense. The 76es is the fourth-best defensive team in the NBA and Joel is a big part of that. This season he is sixth in defensive rebound rate and 17th in percent block rate (4.0)

There is no doubt that Lopez is the best three point shooter on the list. This season he averaged 33.9 percent from beyond the arc. A dual threat, his post presence has never been better, Brook is shooting 49.4 percent from the field.

A pillar for his team, his defense is very important for Milwaukee's 2021 run. Brook Lopez is third among active players with 1,506 blocks. The 13-season veteran has a career average of 1.8 blocks in his career. This year with the Bucks he has been just as effective with 1.5 in the regular season.

Giannis Antetokounmpo and Khris Middleton understand that without Brook's best version their playoff chances are very slim. Brook's twin brother Robin is also playing in the league (and also he could be part of the list).

Andre Drummond is a rebounding machine, he knows how to use his body and how to track misses from his teammates.

Andre was the NBA leader in total rebounds in 4 straight seasons (2015-2019). He is also the best active player in rebounds per game with 13.6. What makes him effective is he also is a good, reliable shooter. Which is proven by the fact that he was in the Top 20 in 2-PT field goals for 7 seasons.

Both Lakers fans and Drummond himself hoped that the 2-time All-star center will help LeBron and company to get one more ring but that didn't happen. In the Lakers jersey, Drummond was averaging 14.9 PPG and 12.0 TRB but injuries prevented his team from getting a better result in the playoffs.

Fall is the tallest NBA player (7'5'') and the heaviest player in the association (311 pounds).

Nobody likes to shoot over this dude because not only is he huge, but his wingspan is an unbelievable 8'4''.

In the two seasons with the Celtics, the Senegalese giant played only 45 games, and his stats were 2.6 PPG, 2.6 TRB, and 0.2 AST. Many people doubt that he can develop into a legit NBA big, but Tacko had shown a glimpse of his potential, like when he blocked four shots in a minute this season. Or when he scored a three-pointer and when the Celtics bench went crazy.

The Bosnian beast came into the league as an unknown player but in his rookie season he showed the world that playing hard and doing the dirty job can still pay off.

His performance in the 2014-2015 season was good enough to be elected to the 2nd All-Rookie team.

But problems started when it looked like he was starting to put it all together as one of the main centers in the NBA. First, he lost his starting position in Denver because of Jokic. And when he was traded to Portland, he finally learned how to play with Dame but unfortunately in March 2019 he fractured his leg and had to miss more than a year because of it.

This season Nurkic almost had a double-double year with 11.5 points and 9.0 rebounds per game.

Everybody likes Boban and yes, he is the funniest guy in the NBA. Boban enjoys every minute of his life and he is never complaining which is why you will never find a player or a coach who will tell you anything negative about him.

But, Marjanovic is much more than that.

What if we tell you that his PER for a minimum of 1,000 minutes is better than any other player in the history of the NBA? Not bad when the second and third place are some solid players like Jordan and James.

And theoretically, per 36 minutes Boban’s True Shooting percentage is very similar to Steph Curry. It definitely helps that he can dunk the ball without jumping.

Average weight for an NBA center

Stats show that the average weight for an NBA big is around 255 pounds, which means that all the guys from our list are not even close to being average. They are different and special, they are reminding us all how fun basketball can be and why we like the NBA.

The heaviest player in the NBA currently

An interesting fact is that only 2 players on the list are from the US. Five of them are internationals (3 from ex-Yugoslavia and 2 from Africa). Proof that basketball has become a global game.