The 2021 NCAA Men's Basketball Championship already brought plenty of surprises which indicates more stunning results in the Sweet 16 that tips off Saturday afternoon with the Midwest Region showdown between the No. 12 Oregon State Beavers and No. 8 Loyola Chicago Ramblers. 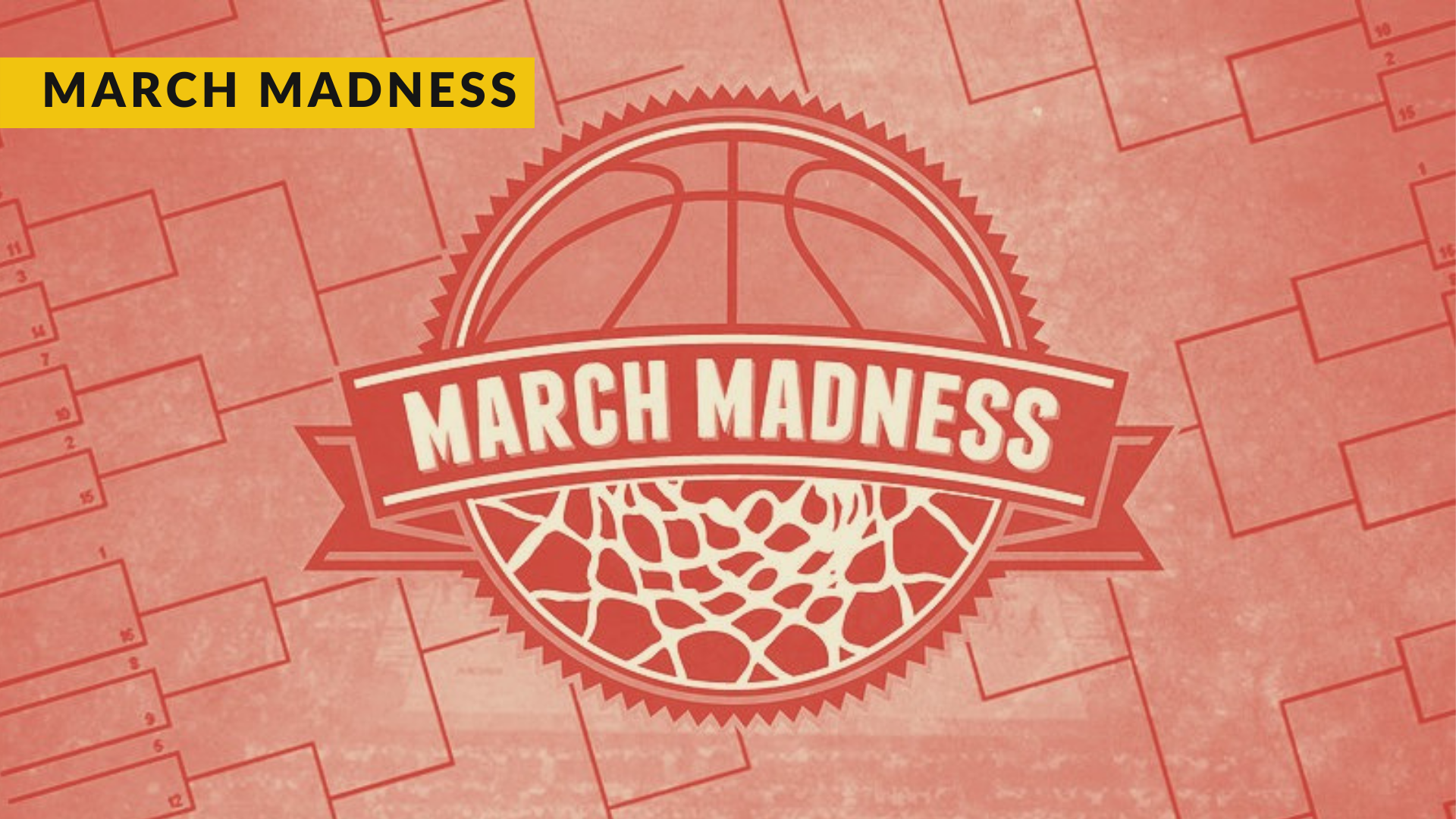 The Beavers are one of the teams that went through the first two rounds despite the odds. The Ramblers pulled off a massive upset in the second round, too, so let’s see who are the potential giant-killers this weekend, as the 2021 March Madness betting action continues with the Sweet 16 matchups.

Oral Roberts head coach Paul Mills certainly knew he could count on a couple of top-notch players in sophomore guard Max Abmas and junior forward Kevin Obanor, but reaching the Sweet 16 wasn’t exactly what he had in mind ahead of this pandemic-depleted season.

The Golden Eagles went 17-14 overall last season and finished fourth in the Summit League with a 9-7 record before exiting in the semifinal of the championship tournament. This term, the Eagles were fourth once again, going 18-10 overall and 10-5 in the conference play, but they knocked off North Dakota State in the Summit League championship game to earn their March Madness ticket.

After a 75-72 first-round victory over the No. 2 Ohio State Buckeyes, the Golden Eagles outlasted the No. 7 Florida Gators in the second round, 81-78. They overcame an 11-point deficit against the Gators and an eight-point deficit against the Buckeyes, showing great mental strength, so the Golden Eagles are undoubtedly the biggest bracket busters.

Oral Roberts looks keen to make another upset Saturday night when they take on the No. 3 Arkansas Razorbacks. Look for Max Abmas (24.6 PPG, 3.8 APG) and Kevin Obanor (19.0 PPG, 9.6 RPG) to keep this one close even though the Eagles are listed as massive 11-point underdogs.

As well as Oral Roberts, Arkansas loves to play at a fast pace. The Razorbacks own the tenth-best defensive rating in the country (89.4 points per 100 possessions), but their rivals shot only 68.2% from the charity stripe. This time, they’ll have to deal with the Golden Eagles who lead the country with 82.2% at the line.

Furthermore, Oral Roberts is 13th in the nation in 3-point percentage (38.5%) and first in 3-pointers made per game (11.3), and the Razorbacks allow their opponents to shoot 33.5% from beyond the arc (166th in the nation). Of course, Oral Roberts will struggle defensively against Arkansas’ potent offense, but if they enjoy a good shooting night, the Golden Eagles might eliminate another huge fave.

Jim Boeheim’s boys dismantled the No. 6 San Diego State Aztecs in the first round, 78-62, leading by as many as 27 points while making 55.3% of their field goals and 55.6% of their 3-pointers (15-for-27). They were listed as 3-point underdogs against one of the best defensive teams in the country, but the Orange didn’t care about the odds and put on a tremendous offensive performance.

The Orange played some tough defense as well, allowing no points to the Aztecs in the last nine and a half minutes of the first half. Two days later, they stunned the No. 3 West Virginia as 4-point dogs, 75-72, dropping 14 triples on the Mountaineers and handing out 18 assists.

Junior guard Buddy Boeheim leads the way for his father’s team, racking up 18.0 points per game and making 39.6% of his 3-pointers. The Orange score 114.8 points per 100 possessions (17th), but their defensive improvement has been a key factor over the last few weeks.

Syracuse ranks 86th in the nation in defensive efficiency, yielding 97.2 points per 100 possessions. However, the Orange haven’t allowed more than 72 points in six straight outings. They tally 5.1 blocks (12th) and 8.3 steals per game (24th).

The Orange meet the No. 2 Houston on Saturday night. The Cougars lead the nation in opponent field goal percentage (37.3%) and are fifth in opponent 3-point percentage (28.3%). Syracuse will need another strong performance on both sides of the ball in order to reach the Elite Eight, and the Orange are 6-point underdogs at the moment.

Interestingly, Oregon State is the fifth team in the last 25 years to win five or more consecutive NCAA/conference tournament games as an underdog. After a surprising triumph in the Pac-12 Championship Tournament, the Beavers extended their win streak to five games in March Madness, outlasting the No. 5 Tennessee 70-56 in the first round and the No. 4 Oklahoma State 80-70 in the second round.

In the Pac-12 preseason rankings, the Beavers were projected to finish bottom of the standings. They finished the regular season as the No. 6 in the Pac-12 Conference with a 10-10 record, while the Beavers eliminated UCLA, Oregon, and Colorado on their way to the conference tournament title.

Senior guard Ethan Thompson is a key guy in this Oregon State team. He’s averaging 15.6 points and 3.8 assists on the season, and Thompson was outstanding in that comfortable victory over the Cowboys, accounting for 26 points and seven rebounds.

The Beavers played terrific defense against Oklahoma State, allowing their rivals to make only 27.7% of their field goals. They need to stay on the same path, as Loyola Chicago is not only a superb defensive team. Still, the Beavers will have to execute offensively very well if they want to get another victory, this time as 6.5-point underdogs.

The Ramblers own the best defensive rating in the nation, surrendering just 86.1 points per 100 possessions. They allow the fewest offensive rebounds per game (6.3) and the fewest free-throw attempts a night (11.2), but as I’ve said above, the Ramblers are more than just a top-notch defensive team.

{ Loyola Chicago - 5 Out Set } Coach Porter Moser runs some of the best offense in this years #MarchMadness2021. Facilitating their offense through a big at the top & running the guards off of screens and handoffs.#Basketball #NCAA #MarchMadness pic.twitter.com/KUHRckyqo5

After a 71-60 first-round win over the No. 9 Georgia Tech, the Ramblers thrashed off the No. 1 Illinois in the second round as 7-point underdogs, 71-58. They dominated the Fighting Illini for all 40 minutes, holding them to 28.6% shooting from deep and forcing 17 turnovers.

Krutwig dropped 19 points on Illinois and added 12 rebounds, five assists, and four steals. The Ramblers executed their offense perfectly, shooting 51.0% from the field and 40.0% from beyond the arc, so it seems they are ready for the Beavers’ D.

If they reach the Elite Eight, the Ramblers will remain a huge threat for any team left in the bracket. Don’t forget that Loyola Chicago made it to the Final Four under head coach Porter Moser just three years ago.

The Bruins started their journey with the First Four clash against Michigan State. They escaped with an 86-80 overtime victory, and it was arguably their toughest challenge thus far. The Bruins beat the No. 6 BYU 73-62 and the No. 14 Abilene Christian 67-47 in the previous two rounds, so the Sweet 16 matchup with the No. 2 Alabama will be something different for Mick Cronin’s team.

“It tells the rest of America what we have in our league. We see that every night.” ?

Jaime Jaquez Jr. (@jaquez_jr) spoke with @TheAndyKatz on @UCLAMBB’s trip to the #Sweet16 & the power of the @pac12! #MarchMadness pic.twitter.com/pytjgRwKPF

Alabama is third in the country in points allowed per 100 possessions (87.3), tenth in opponent 3-point percentage (28.9%), and fourth in triples made per game (10.7). The Bruins have to play their best defense if they want to slow down the Crimson Tide, but they also have to execute well offensively. Keep your eyes on sophomore guards Johnny Juzang (15.1 PPG, 4.1 RPG) and Jaime Jaquez (12.2 PPG, 6.1 RPG).