How Jokic became a star when everybody doubted that he can even play at highest level. 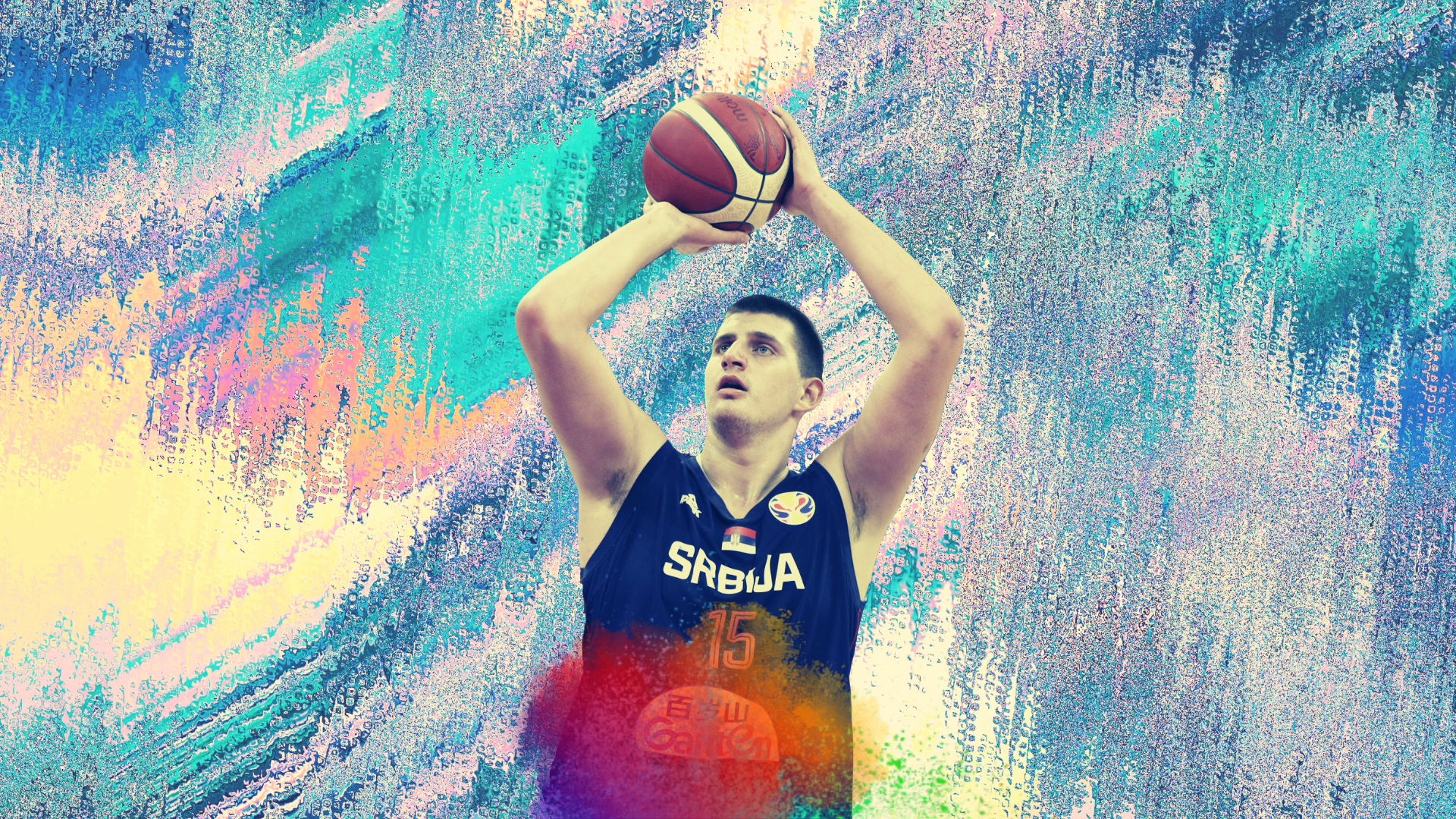 Ten years ago, one big fat kid from Serbia asked his friends on Facebook to play some hoops and nobody responded. This year that same kid became NBA All-stars western conference starting center. He is one of the most exciting bigs in the league and his name is NIKOLA JOKIC. If he would post something similar today probably half of the country would show up on the court!

The joker arrived at the Nuggets as the 41st pick from the draft in 2014, and already in his debut season, he played an average of 22 minutes and scored 10 points, seven rebounds, 2.4 assists, and one stolen ball. He was the third-best rookie of the 2014/2015 NBA season.

From season to season Jokic kept growing and in 2017 he became the only player in the league history under 25 to have a TS%(true shooting percentage) over .640 and an assist rate over 25.0.

In 2018 the Denver Nuggets won the game against the Toronto Raptors (103-106) with a huge performance from Nikola Jokic. The Serbian center had 23 points, 11 rebounds, and 15 assists. To get an idea, according to official NBA stats data, there have only been two centers in history who have achieved at least 20 points, 10 rebounds, and 15 assists. Wilt Chamberlain, who achieved it six times ... And Nikola Jokic.

One month ago Nikola JokiÄ‡ scored 50 points in the NBA clash between the Sacramento Kings and the Denver Nuggets, and that is his new personal scoring record. By the way, only Tony Parker (55), Dirk Nowitzki (53), and Janis Adetokumbo (52) also scored a minimum of 50 points from European basketball players in one match.

The fact that he surpassed his best result of 47 points so far, achieved by playing against one of the best defenders in the league, was not enough for a triumph but it showed one more time that Denver need other guys to help him if they want to be contenders this season. In the last quarter alone, he scored 23 points, shooting 10/13 then, with two rebounds, an assist, a "steal" and a block.In this game, Nikola JokiÄ‡ became the first NBA center since Karim Abdul Jabar and his party on January 19, 1975, who reached (at least) 50 points in one official game and at the same time - at least ten assists.

As for the club's "book of records", Jokic became the seventh player of the Nuggets last night to reach the "club 50" in a league match: David Thompson scored 73 points, Michael Adams 54, Alex English 54 and 51, Allen Iverson 51, Mahmoud-Abdul-Rauf also 51, Kiki Vandeway 51 and 50, and Carmelo Anthony 50 on two occasions. But, only the Serbian giant managed to have a double-digit number of assists in addition to 50 points. Also, Jokic is the first Denver player, after Anthony, to score 50 points in the regular season. Carmelo did that in 2011.

It is very notable how he improved his shooting this year. He is the only player in the last 25 years who is scoring 25 or more points per game while shooting 60% in the paint,50% from the midrange, and 40% from three. Together with that, he is the third player in the league history who ranks in the top 10 in total points, rebounds, and assists at the all-star break.

A few nights ago Nikola surpassed legendary Dikembe Mutombo with his double-double number 228 and became Nuggets leader in this category.This season he became 4th player in league history to record 10+ triple-doubles in 4 straight seasons.The Joker is just the second center in the league behind Wilt Chamberlain to make 50+ career triple-doubles. If he continues like he is playing this year it is only a matter of time before he rewrites history books in this category.In January this year, in the defeat of Denver against San Antonio (119: 109), Nikola JokiÄ‡ played his 400th match in his career.

Jokic made numbers like few in the strongest league in the world. He is the fifth player in history to score over 6,000 points, 3,000 rebounds, and 2,000 assists in the first 400 games in the NBA during the first 400 games. A small number of players managed to do that before him. Grant Hill, Magic Johnson, Larry Bird, and Oscar Roberston. The Robertson is the only one who had a better performance than the Serb. While Magic is the youngest with these numbers.

The best is yet to come

In the past, many doubted him because he did not have the characteristic body of an NBA athlete. Despite all the criticism he received (and continues to receive), the Serbian is in charge of responding on the court, with luxuries, deception, and a lot, a lot of fun.

Because basketball is simple, laugh and enjoy, without pressure or demands, just as Jokic does, the player that everyone wants to be.