After an impressive one and done season at Oklahoma State, Cade Cunninghamâ€™s next step is to turn around a struggling NBA franchise

Itâ€™s far from a guarantee, but by all accounts, Oklahoma State Cowboys freshman combo guard Cade Cunningham is slated to be the first name called by NBA Commissioner Adam Silver as part of the 2021 Draft class. While there is no catchy tanking phrase, sadly "fade for Cade" has not picked up as much steam as hoped, there are plenty of teams in the NBA that could use a player with his skill set.

With a number of teams still in range of the "play-in" playoff round, others have all but conceded to building through the draft for next year. Entering the third year in which the bottom three teams in the overall league standings have an equal 14% chance of claiming the first overall pick there are a handful of teams that could be playing out the final games of the season with their best players on the bench, while they are "giving their younger players a look" (read, tanking).

Described as a mix between Jayson Tatum, Luka Doncic, Khris Middleton with the speed of Kyle Anderson, Cunningham leads the Las Vegas odds (-300) as the favorite to be selected first overall in a very deep draft class. As a 6'8", 220lb multi-talented combo guard with a 7'1" wingspan who can contribute in a variety of ways, Cunningham could be the star that the following franchises need in order to turn their fortunes around.

With little in terms of help offensively, Cunningham led his team in scoring and steals and finished second in assists and rebounds. Although he was far from a ball hog, the former number one high school ranked prospect finished in the 91st percentile out of the isolation offense, showing how much he had to carry the load for Mike Boynton's team.

Although the Cowboys were knocked out in the Sweet Sixteen round of March Madness, Cunningham showed the basketball world that he can score (20.1ppg), pass (3.5apg), rebound (6.5rpg) handle, and defend multiple positions. Shooting 43.8% from the field, 40% from downtown, and 84.6% from the line, Cunningham proved to be a threat from anywhere on the court. 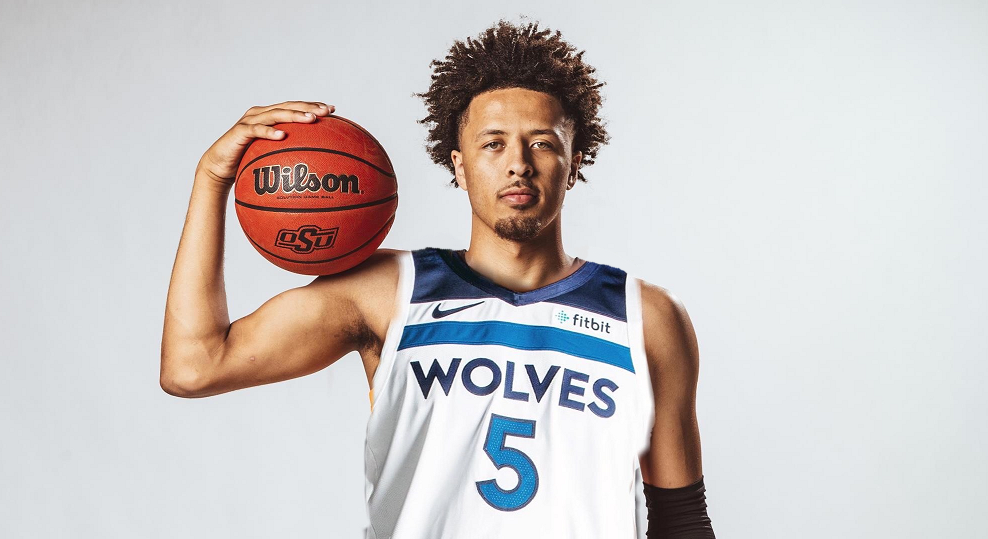 Minnesota Timberwolves - Despite having Karl-Anthony Towns, D'Angelo Russell, and last year's first overall pick Anthony Edwards on their roster, Minnesota has been downright tragic this season, ranking 26th offensively and 27th defensively. The Wolves need to find themselves in the playoffs next season or risk losing KAT. Sharing a backcourt with Russell, Cunningham would give the Wolves interchangeable ball handlers and scorers. Fortunately for Minnesota, their record is so bad this year that they will likely remain in the top three for the draft, which had they had a better record, the pick would have been sent to Golden State as part of the Russell/Wiggins deal.

Houston Rockets - Believe it or not, the Rockets, who at one point had lost twenty straight games are ahead of the Timberwolves in the standings. Entering a full rebuild mode, if Houston can add Cunningham to a backcourt that includes a rejuvenated John Wall, the rebuild might not take that long. Picture Cunningham teaming with Christian Woods on the pick and roll, a role in which the Cowboys guard finished in the 87th percentile in efficiency this season.

Detroit Pistons - After drafting Killian Hayes with the seventh pick last year, the Pistons believe that they have their point guard of the future. If they are fortunate enough to hold the first overall pick, they could play the one and done freshman in a similar role that Grant Hill once occupied on the wing where his scoring ability could take some of the focus off of Jerami Grant or alongside Hayes sharing the ball handling duties.

Orlando Magic - The Magic Kingdom is undergoing a full rebuild, shipping off Nikola Vucevic, Aaron Gordon and Evan Fournier at the trade deadline for young talent. Unfortunately, none of that incoming haul includes a player that the team can build their franchise around. Former number one pick Markelle Fultz is not the superstar some envisioned, neither is Jonathan Isaac or Mo Bamba, so adding Cunningham to that young core, which also included Wendall Carter Jr. could give Orlando a scary core in a couple of years.

Washington Wizards - Bradley Beal says he wants to stay in Washington, and Russell Westbrook, despite all of the backlash, is one of the most committed players in the league. If the Wizards were to luck out and capture the first pick, adding Cunningham would give the team the small forward they need and the third component needed to return to being a playoff contender. Cunningham is versatile to play beside both or either of the All-Star guards.

Cleveland Cavaliers - Cleveland has a logjam in the backcourt, which would mean either playing Cunningham at the small forward position and sliding Isaac Okoro to play as an undersized power forward or moving Darius Garland to the sixth man role. Either way, drafting Cunningham would help the Cavs return to respectability.

The June 22nd Draft Lottery is still over two months away, which will shed some light on where the Big 12 Player of the Year, Freshman of the Year and All-American will most likely end up hearing his name attached to as the first overall pick on the afternoon of July 29th. By the time Cunningham suits up for his first official NBA game, he will be just twenty years old, but his game is more than mature enough to carry the load of changing a struggling franchise.